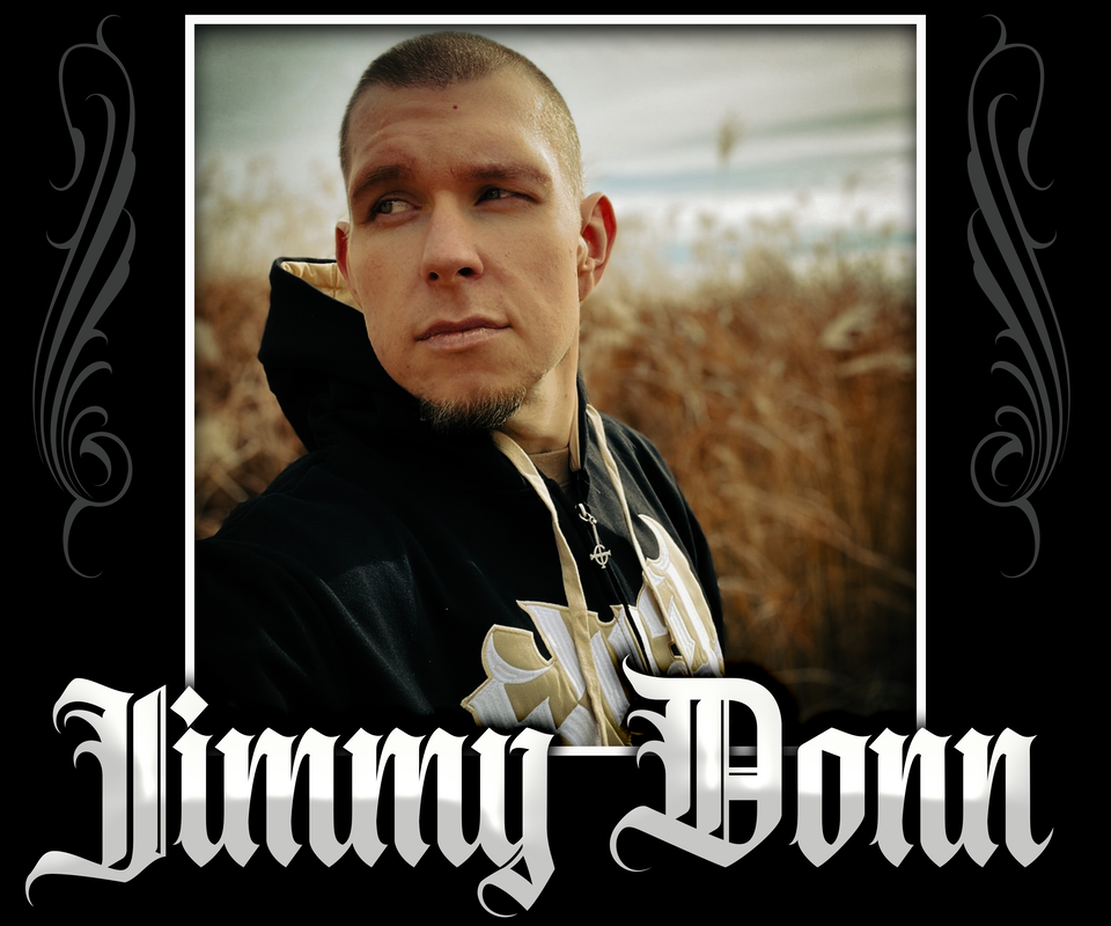 Jimmy Donn lives every day knowing he has an open hit on his head since 2016. He has also saved the lives of his fans by shooting a man down in lower town St. Paul, Minnesota. His music was blamed for the Red Lake School Shooting. He was caught in the crossfire of the Tekashi 69 Super Bowl Party Shooting and He has lost many family members and friends to both murder and suicide. Through all of that Jimmy Donn continues to create music and art that people can feel in their core. Best known for his ability to hear talent (discovering such acts as Kid Suda, Liquid Assassin & Joey Oz) and his innovative mind, this INFJ isn't just your average CREATIVE.

As an ARTIST, Jimmy Donn has records with Jelly Roll, Atmosphere, Madchild, Doobie, Twiztid and even shares writing credits with both Finneas and Billie Eilish who share 15 Grammy awards between the two of them. He's also a founding member of The Oddballers (w/Liquid Assassin), The Nameless (w/GrewSum), How to Gag a Maggot (w/King Gordy & GrewSum) and, Dopesic (w/KILLA CAPONE & KiNGPiN).

As a PRODUCER/COMPOSER, Jimmy has produced records for MoneyBagg Yo, Madchild, Jelly Roll, Jayden Smith, Vince Staples, Yo Gotti, 42 Dugg and many other artists totaling over 500 Million Streams to date and rising. Jimmy is also known to go by his composer alter ego's name, 988 which he trademarked in 2017 only to find out later that 988 would become the National Suicide Text Line.

As a DIRECTOR, Jimmy has shot movies for Doobie, King Gordy, 2Pac's Outlaws, Insane Clown Posse, Kung Fu Vampire, Scum, Bizarre of D12 and hundreds more. He's such a self motivator that he wrote and then made a successful short film called "The Musick" with director Matt Kowolski and a Sundance Film Festival award winning documentary titled "Will Work For Food" with Director Tom Maertz.